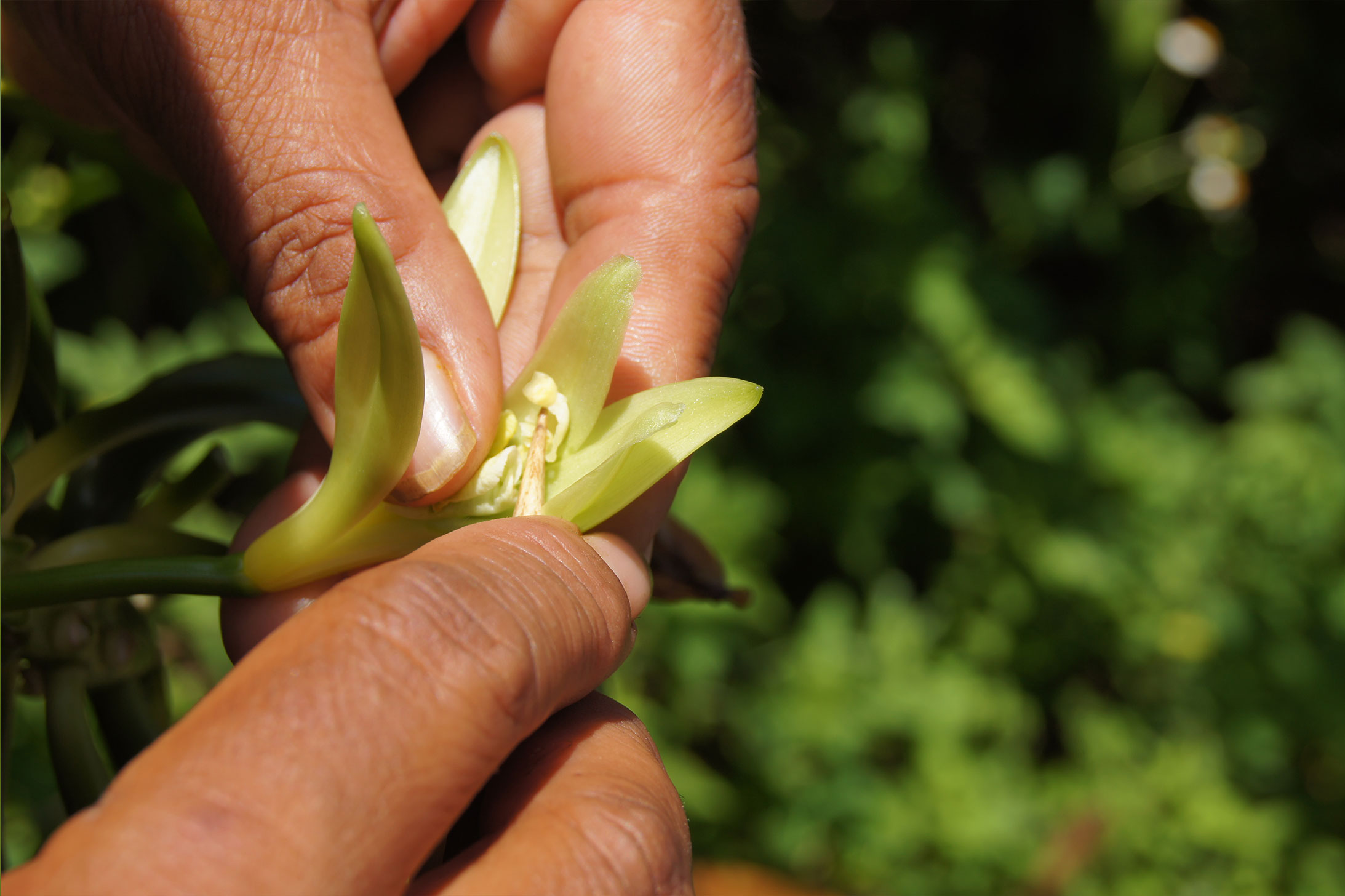 You might think of vanilla as basic. The word is even used to mean boring or average. Too often overlooked as a flavour choice in our cabinets, we stand by the fact that our vanilla is one of the stars of the gelato show.

As with everything at Messina, we are obsessed with the quality of our produce and using the best we can get our hands on. Messina vanilla is made using Heilala Vanilla, a Madagascan variety grown in beautiful Tonga. Instead of a vanilla essence like you’d see in the supermarket baking aisles, we use a mix of extract and vanilla bean to make our product. It gives a much more intense vanilla taste, rather than a replica or artificial vanilla.

Messina Co-Owner Donato Toce has just returned from a trip to Tonga to see the plantations. He shares some interesting facts below….

Why is Madagascan vanilla grown in Tonga?

In 2017 a huge tropical storm wreaked havoc on Madagascar, inflicting damage on the world’s biggest vanilla producer and sending the price of vanilla sky high. As such, Madagascan vanilla is now being grown in other countries, one of which is Tonga, where our vanilla is grown.

Why has vanilla become so expensive in recent years?

Vanilla prices have climbed so high recently, it's worth more by weight than silver.  Two years ago, the price was US$200 per kilogram - today it’s US$650. It’s also hard to grow - vanilla vines take two to four years to fully mature, and their flowers only bloom for one day of the year. In order for the plants to produce beans, they have to be pollinated that day. In most places where vanilla is grown, it isn’t a native plant, and there aren’t bugs or birds capable of pollinating the flowers.

The price-hike initially forced some restaurants to tweak its recipes, or even drop vanilla based items from their menus. As a business, we decided to absorb the additional cost, as we didn't want to compromise the recipe. There was nothing that would create the same flavour or quality – so nothing worth using in our book. Similarly to seasonal variations in things like pistachio or hazelnut, we use real ingredients which are expensive, and we produce large quantities per annum, but it's something we have to wear to produce the product we do.

Vanilla is the only fruit-bearing member of the orchid family. It has an incredible and fascinating history of over 2000 years. The large orchid plants bear a small creamy / yellow flower and on the day of opening the flower must be hand pollinated.

Once pollination is completed, in approximately nine months a fully grown green bean is ready to be picked. This green bean then undergoes a complex and often guarded drying and curing process where the flavour develops and the bean turns dark brown/black. It is one of the most labour intensive agricultural crops in the world.

Why do you use Heilala vanilla at Gelato Messina?

The freshness and quality sets Heilala Vanilla apart. We've been working with Heilala for years now, and cannot find anything near as good which gives us the flavour profile we want. They also have full trace-ability from the source plantations direct to the consumer which ensures no traders, distributors, unnecessary handling and the best quality. The Heilala Vanilla plantation in Vava’u has partnered with growers throughout Tonga, which provides employment and resources like running water, housing and facilities for education, which we really like the ethos of.

How does the vanilla get from plant to gelato?

It's a fairly long process - here's what I learnt whilst in Tonga:

-       All the flowers Heilala use are hand pollinated - this is because vanilla was an introduced crop to Tonga. This is generally done by the small holder or the owners of the farms

-       Once the flower is pollenated the bean takes 9 months to grow to a ripe bean, when then it is picked

-       Heilala does not pollinate all the flowers as on the vine this is so the plant can provide enough nutrients to the pollinated flowers and make the beans better - the less the plant has to work the better the product.

-       Once the beans are picked or bought, the drying process begins. Any beans purchased need to be “ripe” - they are picked green (this is what makes the difference between Madagascan vanilla and Tahitian vanilla). A ripe bean means the content of vanilla is higher.

-       The green beans are first boiled at 65 degrees for 1 minute - this is done three times over, then held, wrapped at 78 degrees for three weeks. The temperature needs to be maintained so no mould grows. This is where the fermentation process happens which allows neutral sugars to convert and enhance the vanilla flavour.

-       After 2 to 4 weeks of constant supervision and making sure the beans don’t turn bad they are then dried in the south pacific sun. Drying can take upwards of 4-6 weeks where they are moved in and out of the sun everyday. The area where they dry the beans is heady with the smell of vanilla - there were only a few trays when we went, but the smell was still intense!

-       After drying, the beans are then graded into the following categories:

C or split - beans 15cm or below primarily used for extract – the flavour of the extract is amazing – it’s the type we use, along with the bean. ‍

A 18cm - this is the Rolls Royce of beans - Heilala also has the record for the longest bean which is 28cm!

When they leave Tonga, they travel by boat to New Zealand where they begin the extraction process this can take a further 6-12 months before they get to us to use in our product.

We receive the vanilla as a liquid and as bean, which is added directly to our gelato when making the bases.

So next time you're in a Messina store, how about a scoop of vanilla? 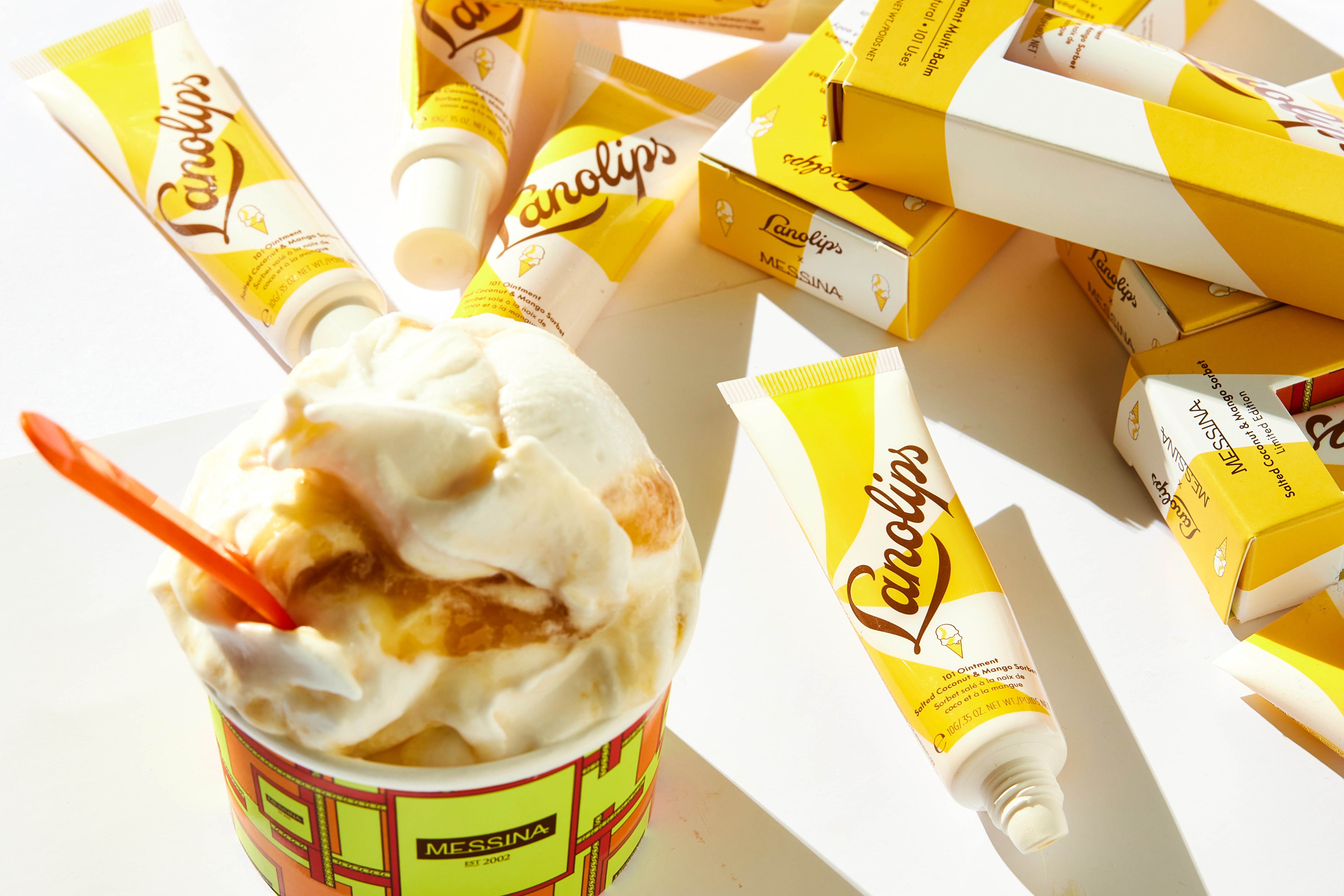 Our limited edition Salted Coconut & Mango Sorbet 101 Ointment is out now! Limited stock is available in stores, until sold out. 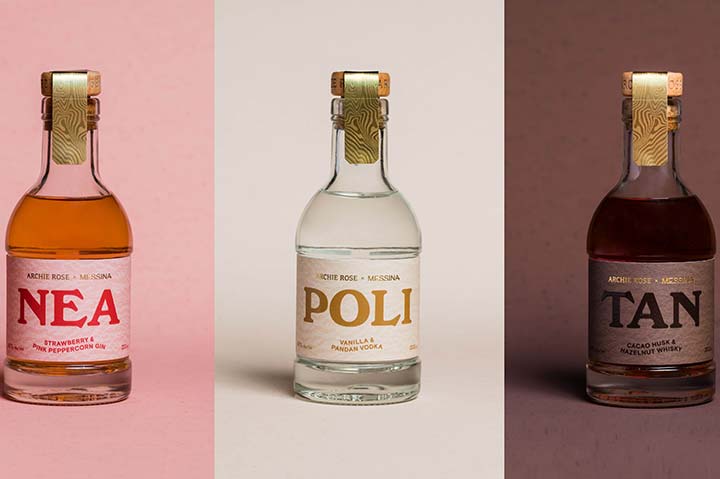 A Messina inspired gin, vodka and whisky is here, from our friends at Archie Rose Distilling Co. 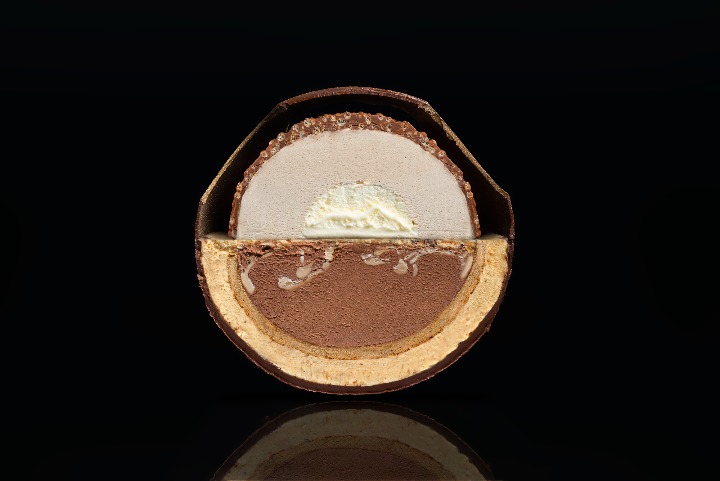 Learn How To Cut The Golden 8 Cake

Our Golden 8 globe is one of our most eye catching cakes, but cutting it is quite an art. Learn the tricks of the trade, after watching our demo video.
See All Posts