Stablisers - Not Such a Dirty Word After All 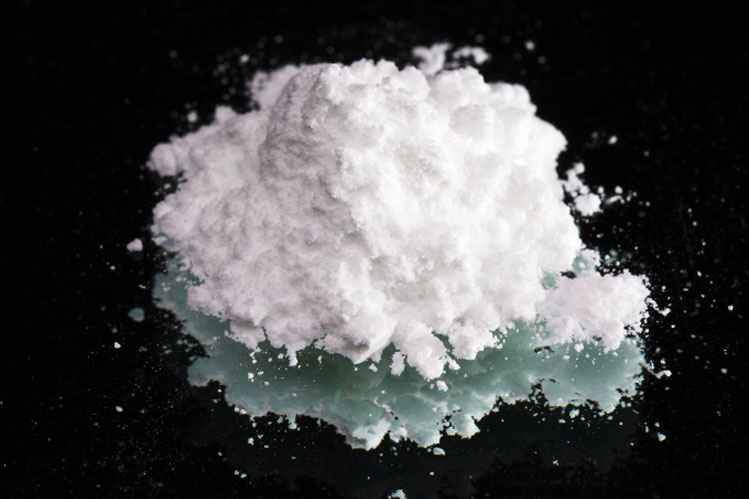 If you’re into the science (which is pretty interesting when you get into it), Messina Head Honcho Nick Palumbo knows quite a lot about the subject – he lets off some stabiliser steam and explains why ‘stabilisers’ isn’t as much of a dirty word as you think…

There are a multitude of stabilisers that go into every day foods.

In general terms you could call them ‘thickeners’ (a far less frightening word). They are designed to enhance the structure and ‘mouth feel’ in common everyday foods like ice cream. They achieve this because they have a high molecular weight, which consequently means they are a super absorber of moisture and this is how they ‘thicken’ a liquid. It’s a property that’s very important in products like ice cream. If any free flowing water is present in a mix, once churned into ice cream, the free flowing water will simply turn to ice. Stabilisers, by absorbing this water in your mix, help prevent this from happening.

Most stabilisers are plant based.

Some stabilisers are produced by bacteria feeding off ingredients such as molasses and some are made from either plant or animal fats (the latter usually refers to what are known as emulsifiers which simply bind fat to water rather than absorbing it). Plant based stabilisers are the more common and include gums such as guar or locust bean gum (carob) which are basically the pod seeds ground into a powder.

These have an off white colour and are used in tiny amounts. In fact 0.04%, or put another way, for every 1kg of ice cream (roughly 1.5 ltrs) you would ingest about 4g.

Simplified again, for every 100g scoop, you would end up eating 0.4 of a gram of stabiliser.

We often hear about consumer movements against adding stabilisers in food.

As an alternative to commercial stabilisers many people choose to simply use an egg yolk to stabilise a mix. This is totally ok for a home cook who wants to prepare an ice cream and consume within hours of production but commercially this is problematic because the stabiliser in an egg yolk which does the “thickening “ is lecithin and lecithin ‘aint that great at sub zero temperatures. It simply breaks down and you end up with water escaping from the mix which in turn becomes frozen water. In other words, you end up with a crumbling mess with poor structure. By adding more egg yolks you can certainly help the structure to some degree, but then every ice cream you make, is laced with an eggy taste. Great, if you’re making a vanilla pod or custard gelato. Not so great if your making hazelnut or choc mint. Its often touted as the more natural alternative of course and indeed, used as crutch to imply the product is the real deal or of higher quality, but the reality is – neither is true.

The unfortunate thing about stabilisers – its not a very sexy name.

‍No matter what they are derived from, they are classed as an “additive” by law and are referred to as such. Accordingly, they must also be labeled with what’s known as an “E” number, which makes anything sound completely unnatural and rather synthetic at best.

But not all E numbers are created equal! Some are definitely not great for your digestive system and some have even been linked to cancer, but to treat them all the same and grand stand on the fact you ‘don’t use stabilisers’ and imply that you produce a superior product is a bit of a furphy. The opposite may well be true.

Take the eggsample of egg yolks above: Eggs contain Lecithin. Lecithin is called E322. How does ‘E322’ roll off the tongue for you? Doesn’t sound quite as nice as “egg yolk” does it? But E322 is precisely what’s in the egg yolk that creates the ‘stabilising’ effect.

Locust bean gum is known as E410 (my favorite stabiliser) and been used for generations as a thickener throughout the Mediterranean and the Irish have been using E407 (carrageenan) for centuries to make puddings.

Research changes all the time and so do opinions.

People will always point to research that supports their argument (just as I am now) but for me, the logical money is on a diet of ‘moderation’. If we do that, we will basically be able to eat whatever we want.

If you eat 1.5L of ice cream for breakfast, then another 1.5L for lunch and then again for dinner, 7 days a week, then maybe you should pay close attention to the additives in your diet.

If you are a once or twice a week 2 scooper, then I really don’t think you could possibly be ingesting enough of anything that could make you sick.

There is a lot more to the world of stabilisers and I could go on for pages and pages (we haven’t even spoken about emulsifiers!) but I wanted use this post to clear up some very basic misconceptions about stabilisers and explain why we use certain ones. In summary, we only use plant based stabilizers, the ones we do use are very safe and have been used for centuries.

Incidentally, locust bean gum has the same safe rating as Lecithin, the stabilizer you find in an egg yolk.

If you want to learn more about the real science of gelato making, we’re making our own little library of cool (excuse the pun) information about gelato and everything involved in making it the Messina way. 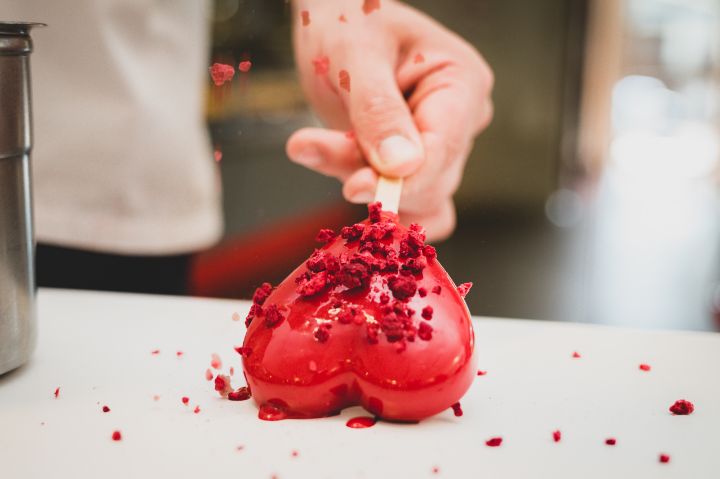 Deliveroo Editions is open for business in Melbourne…and it’s giving you even more reason to be a lazy b*stard and not leave the couch. 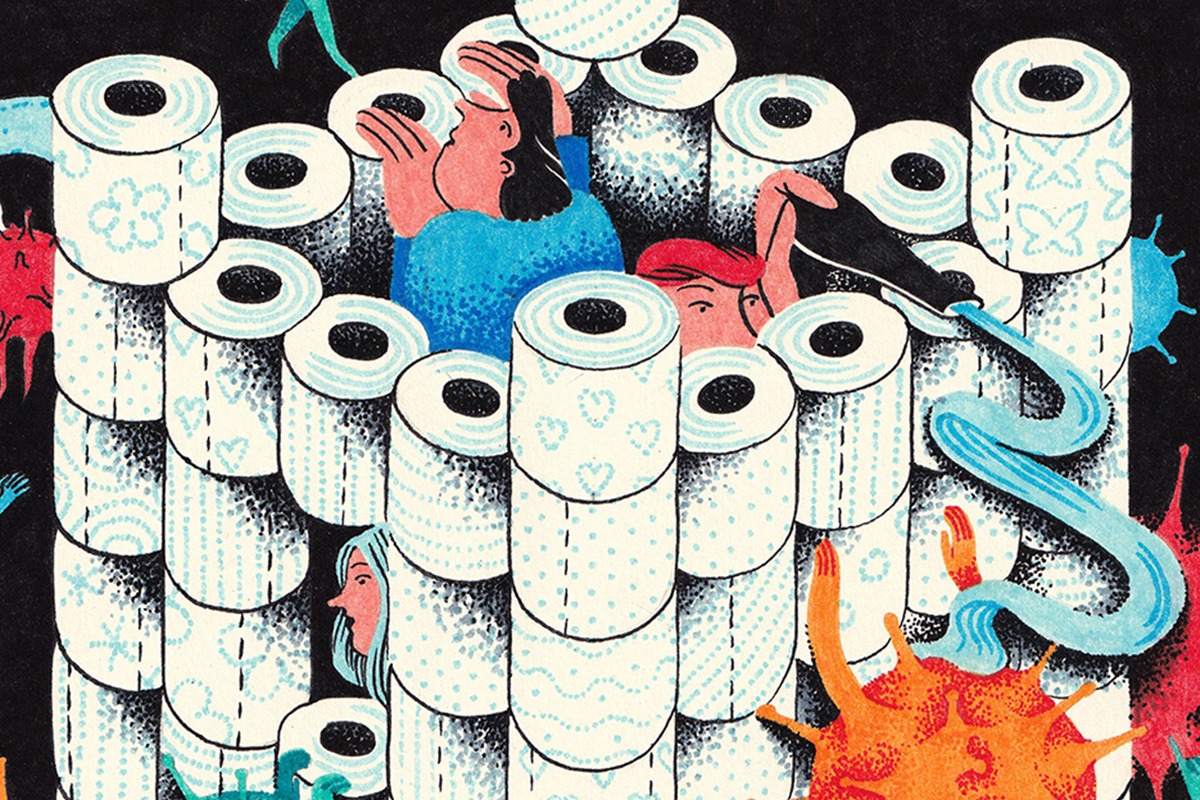 Copernicus Sunjay's cosmic mix is here to guide you through these uncertain times as the penultimate vinyl selector. 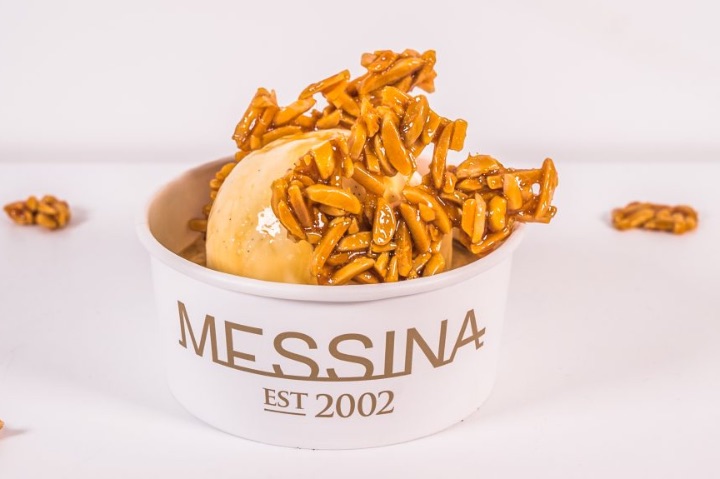 We're popping up at the Teneriffe Festival in Brisbane, with an exclusive dessert.
See All Posts