Can The Real Dulce De Leche Please Stand Up? 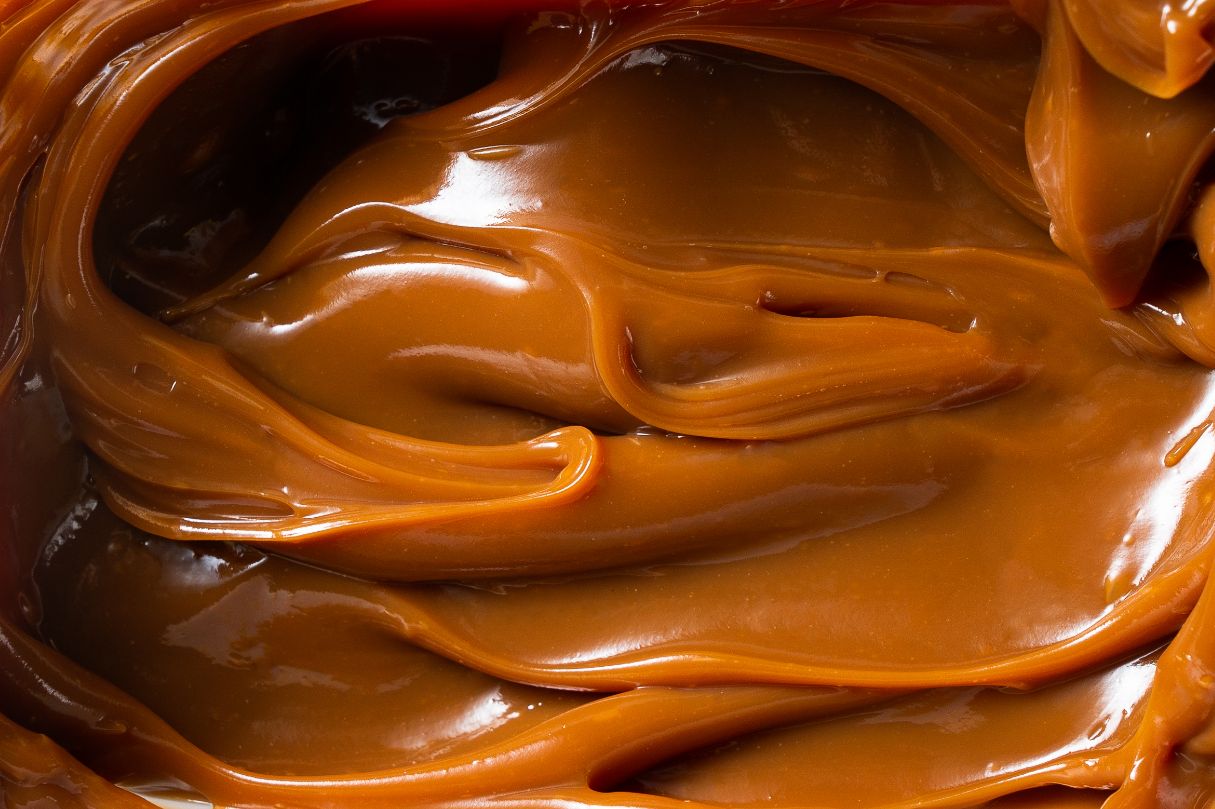 The charm of dulce de leche has been tainted by many scandalous replications and knock offs over the years. It’s popularity and variety of uses has resulted in adulterated and poorly replicated versions all over the world. Sometimes shortcuts, sometimes a simple lack of knowledge and sometimes a complete lack of care, have resulted in products and dishes that don’t even resemble dulce de leche.

There are different methods of making what can only be described as ‘replicas’ such as:

The ironic thing is, it actually has very little to do with caramel. A true dulce de leche is simple – it’s made with good quality milk, a little sugar, then slowly simmered until all moisture content is extracted from the milk.

The browning is caused by the ‘Maillard’ reaction which is a chemical reaction between amino acids and reducing sugars, rather than sugars actually caramelising. The sweetness comes from the milk being reduced (water is progressively cooked out)to the point where the lactose (found naturally in both milk and sugar) ends up forming a greater ‘concentrated’ percentage of the finished product. By definition, it also increases the percentage of fat and proteins.

Of course, there are a few very important tricks to the process but that’s the basics.

Dulce de leche originated in South America, and by far the best version is from Argentina. I’ve tasted as many versions as I could get hold of from all around the world and there is nothing else like it.

Simply put, there are 2 main types:

South Americans buy this in jars and use it as a spread like jam, nutella and that black tar we call vegemite (no offence).

Similar to the spreadable version but thickened – it is used mainly in the pastry and baking industry in sponge cakes, danish pastries and in ice cream.

When we first started making our own dulce de leche gelato at Messina we were able to buy dulce from Argentina. After a few years, our supplier suddenly told us he couldn’t make it anymore. We tried a different supplier who promised us the same product, but alas, it just didn’t cut it. To top things off, the Australian government suddenly decided to prohibit the import of milk products from Argentina for fear of ‘foot and mouth’ disease. Surprisingly it’s allowed into New Zealand however, work that out).

After a few attempts of making it ourselves by toasting our own skim milk powder and tinkering with the recipe we eventually gave in and took dulce de leche gelato out of our stores. It just wasn’t the same, we thought it was substandard and we simply were not proud of it.

Fast forward one and a half years and dulce de leche is finally back. Instead of finding a new supplier, we took on the challenge of making it ourselves. Properly and on a relatively large scale. Not a small task.

It took a trip to Argentina, some long sessions (in broken Spanglish) with a sweet talking man called Santiago, and the installation of a brand spanking new machine called a ‘Paila’ which allows us to make our own dulce de leche.

We can now proudly say we make our own dulce de leche in house. You’ll eat it in our gelato, as the ‘caramel’ in our yoghurt caramel, and in various creations along the way.

I still have customers that talk about the original version we made about ten years ago using the Argentinian stuff, until it was banned. It’s without question the most indulgent, silky smooth gelato you will ever have. There is a very high percentage of lactose, milk proteins (and some fat) that gives the gelato a particular warmth which is not usually associated with frozen desserts. I am confident we’ve managed to replicate this again.

Thank you Argentina for giving the world Dulce De Leche, and the sweet talking Santiago, our dulce de leche savior.

Dulce de leche is back in the cabinet all stores. Let us know what you think. 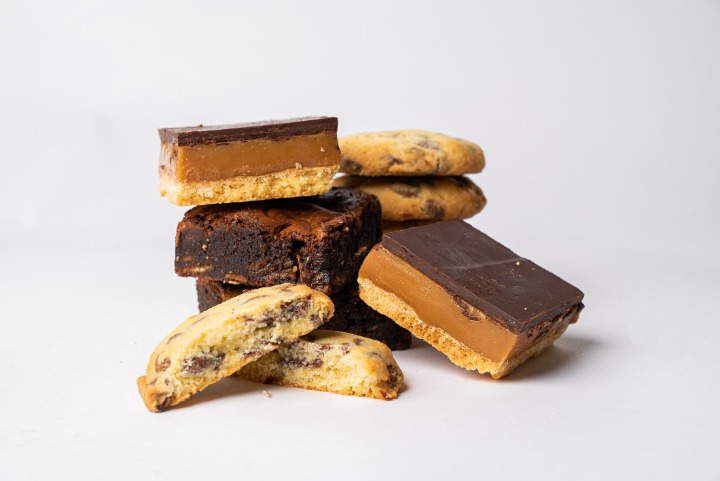 Isolation is on its way out, but nice-olation packs are on their way back in... coz comfort food doesn't need an excuse. 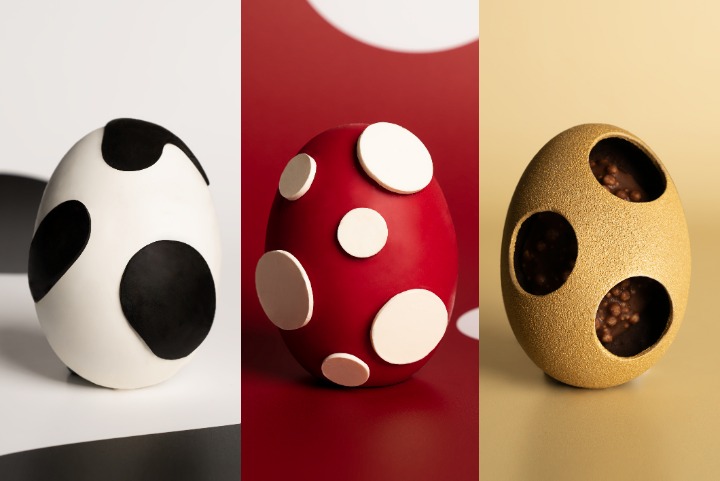 Easter Eggs Are SOLD OUT

This year we turned to our gelato cakes for inspiration, creating three new eggs, that are a little bit familiar. 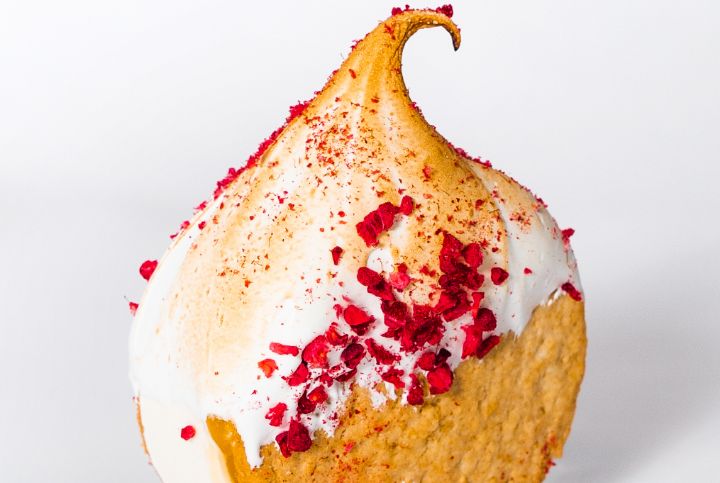 Brisbane locals... we've made you a special treat for Fish Lane Festival. Only available on the 11th May, so make sure to pay us a visit.
See All Posts